After finishing the sculpt of the Mail Mans hands I put them into the freezer to harden them up ready for the moulding process. I will be making a two part Polyurethane mould. 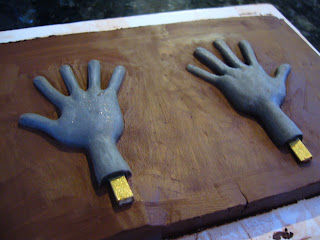 The first step was to build up a wall of clay that covered the sculpt half way up. The hardness of the frozen hands meant i didn't nick or damage the sculpt as I was applying the terracotta clay. 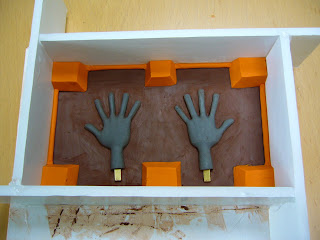 Next I added Plasticine keys to help the two halves slot together. I used foam board to construct a box around the mould. I sprayed the whole surface will wax so that the two sides would release easily. 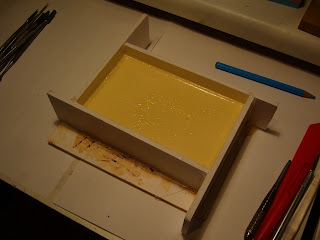 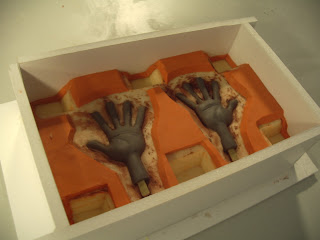 After the resin was dry removed it from the box, flipped it, and removed the terracotta clay leaving the hands still in the mould. After adding more Plasticine keys to the resin surface, and building a new box, I poured the second half of the mould. 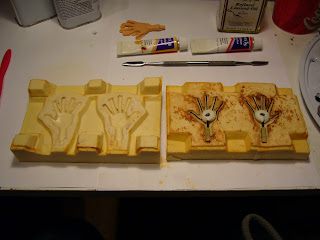 Finally here are the two completed mould halves cleaned out and ready to be used. The hand armature fits into the negative space and is held in the mould by the K&S slot. The next stage will be casting the hands in skin tone silicone.