After completing the moulds I decided to cast out a pare of hands as a test. The first step was to mix the silicone. The original colour is white so I pigmented it using a mix of oil paints until it became a fresh colour. 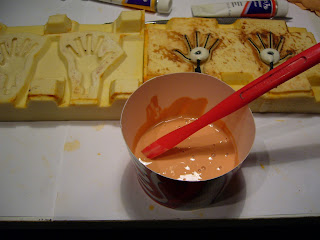 After I achieved the desired colour I added the catalyst and a catalyst booster that accelerates the reaction meaning it will cure faster. 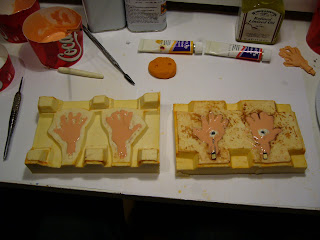 I painted in the first layer of silicone to help avoid air bubbles. Then I inserted the wire armatures and filled each half. 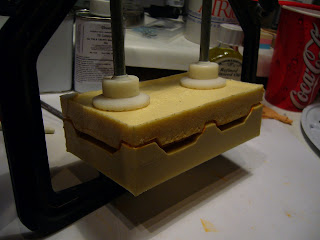 The two halves were then quickly sandwiched together and clamped while the silicone set. 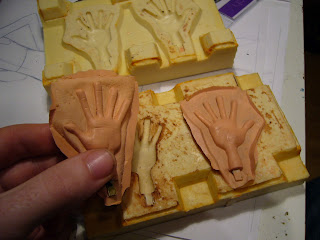 After everything had cured, I opened up the mould and removed the hands. 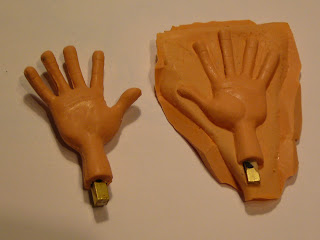 The excess silicone 'flashing' is cut off as part of the trimming and seaming process.
Finally here are a pare of finished Silicone hands. 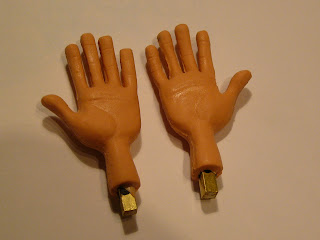 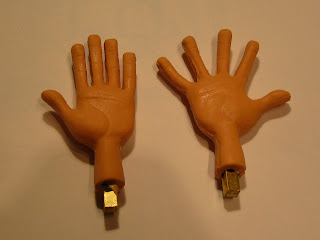