Our film will feature multiple different characters, and each character seems to have a different size  set of eye balls. It;s often very difficult to find the correct size bead to use as eyes for stop motion puppets. Also most white plastic beads have a small seam running around them due to the way they are manufactured. To solve the problem of finding eye balls I have instead decided to make my own.

I collected a range of round beads and ball bearings and will be moulding these so that I can cast out as many new eye balls as I want. 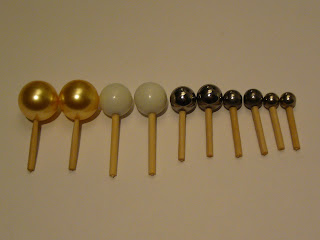 First I collected beads and ball bearing of various size and glued wooden pegs into each. These pegs will suspend the balls inside the mould and will act as a pouring spout later. 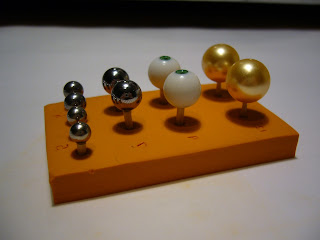 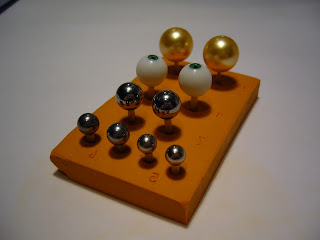 Next i rolled out some plastacine﻿ and arranged the beads suspended just above the surface. 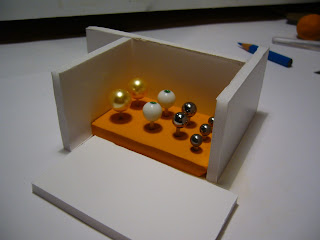 The mould box was made using Foam Board and hot glued together. 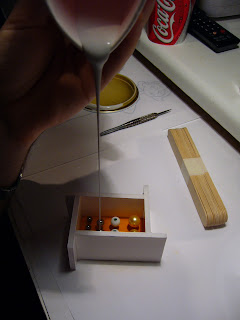 Finally silicone was poured into the mould box and left to set. The next stage will be to take apart the mould and cast some new eyes using polyurethane resin.
﻿